Kia weighs suspending output at No.1 plant in China 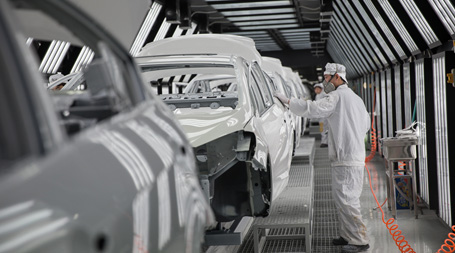 Kia weighs suspending output at No.1 plant in China

SEOUL -- Kia Motors may halt operations at its No.1 plant in China as part of long-term efforts to enhance competitiveness, a source familiar with the matter said on Sunday.

After the source spoke to Reuters, Kia Motors said in a statement that the company is reviewing various plans to strengthen production and sales operations in China.

Kia Motors, an affiliate of Hyundai Motor, makes cars in China under a partnership with Dongfeng Motor Group and Jiangsu Yueda Investment Co. They run three factories in Jiangsu Province in China.

Hyundai Motor also said the automaker was considering suspending production at its oldest plant in China as sales tumble and it struggles with excess capacity in its biggest market.