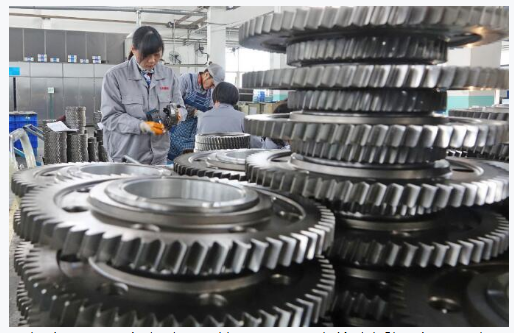 China's machinery industry maintained steady growth in the first half (H1) of this year despite downward pressure, an industrial association said Thursday.

The industry's revenue amounted to 10.53 trillion yuan (about $1.5 trillion) in H1, up 1.29 percent year on year, while total profits came in at 619.5 billion yuan, down 8.58 percent from a year earlier, according to the China Machinery Industry Federation.

The transition of growth drivers continued in the machinery industry as new energy vehicles registered fast growth in output and sales in H1, surging 48.5 percent and 49.6 percent year-on-year, respectively, the federation noted.